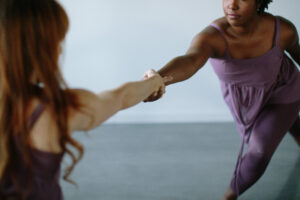 Our nation is at a crucial juncture. The jury has deliberated on the verdict of Derek Chauvin for the murder of George Floyd, and I, along with many others, am relieved to see that justice promised was delivered. We are existing in a time of uncertainty, extreme individualism, hatred, and anger. Incredulously, before the community can come to terms with one senseless event, Daunte Wright was killed by police. There seems to be a never-ending attack on the Black community by those designated to serve and protect. I often feel that policing authorities don’t see Black people and other communities of color as human beings. They seem to either have a racial-bias or an ingrained need to wield their power through physical harm. We stand with the Black community as all of the wounds from last summer are re-opened during this time and as we watch to see whether the justice system will say that BLACK LIVES MATTER.

My concerns go beyond the current state of policing. We seem to be existing in a time where it has become acceptable to lash out towards anyone deemed “different” or “other”. Recently, those of Asian descent have been attacked due to fear, racism and bias.

Since its inception, Threads Dance Project (Threads) has sought to advocate for and model human justice through our work: to tell the stories of humanity with the goal of catalyzing the realization of justice and equity for all. Threads advocates for ALL who are undervalued and whose voices continue to be ignored due to the long history of a white supremacist culture in this country.

Threads condemns the vilification of “others” that has all too often manifested in the United States as anger, violence, marginalization, exploitation and hatred directed towards Black, Asian-American, Pacific Islander, immigrant, Indigenous, Latinx, LGBTQIA+, differently-abled and other communities not considered to be “Americans” by our dominant white supremacist culture.

The racism, inequities and injustices that caused the death of George Floyd and numerous others is not just a Black problem, it is everyone’s problem. It will take all of us to work towards building an American cultural tapestry that celebrates the beauty in difference, treats everyone with dignity and respect, and seeks to rectify the wrongs of the past to ensure a better future for everyone.

For many of us, myself included, the events of recent years have caused despair, anxiety and hopelessness.  Yet, I hold on to hope. I leave you with words shared with me from Octavia Butler:

“…there’s no single answer that will solve all of our future problems. There’s no magic bullet. Instead there are thousands of answers–at least. You can be one of them if you choose to be.”

“…the one thing that I and my main characters never do when contemplating the future is give up hope. In fact, the very act of trying to look ahead to discern possibilities and offer warnings is in itself an act of hope.”

With peace and love,